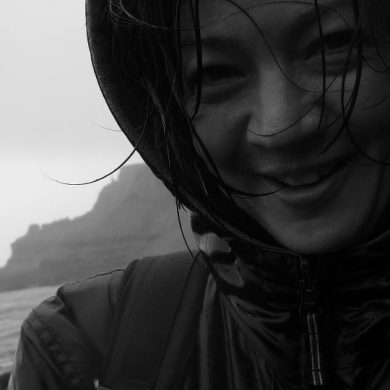 Bio: Michelle Man has been working at Edge Hill University since 2012 and has performed, choreographed and taught internationally for over twenty-five years in dance and circus while collaborating extensively with composers, architects, designers and theatre directors. In 1997 she became part of the award-winning circus school Carampa in Madrid. She now mentors, choreographs and directs circus for tent, theatre and street performance, where her work has extended into community-based projects in Madrid, Rio de Janeiro and in Santiago de Chile.

Title: Modes of Hospitality as a Methodology for Devising Contemporary Circus Performance

Abstract: Drawing on twenty years of experience as a choreographer collaborating in the creation of circus performances in Europe and South America, this paper will explore how a notion of hospitality can be offered as both a philosophy and a framing for the development of contemporary circus language. Written in response to the creative processes underpinning my work with the award-winning contemporary circus company eia – CAPAS (2011), InTarsi (2016) – my research focuses on the minutia of acts of exchange and the choreographic potential available in circus bodies during the enmeshing of the different physicalities found in hand to hand acrobatic techniques and released-based forms of dance. Taking from Derrida the notion that “[a]n act of hospitality can only be poetic” and from the bodies of resistance encountered in Jean Paul Zaccarini’s Circoanalysis, Circus as Death Writing (2009), I will be focusing on how dance appears to circus as the ‘other’. Generating gentle acts of exchange and teasing textural qualities from circus-engrained embodiments that transgress the borders of self, this philosophy-through-practice activates an understanding towards hospitality. Through the culture of encounter, hospitality in its questioning of how we arrive at borders empowers the potential of difference.