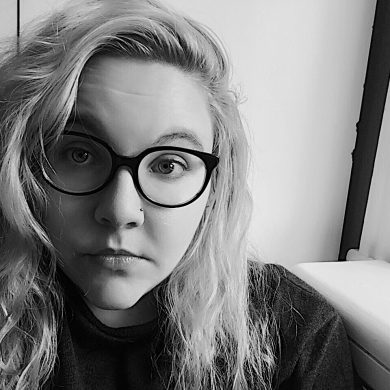 Bio: Hayley Rose Malouin is an independent scholar and theatre critic from Toronto, Ontario. She is the web editor for alt.theatre magazine, a professional Canadian theatre magazine examining the intersections of politics, cultural diversity, social activism, and the stage. She holds an MA in Studies in Comparative Literature and Art from Brock University.

Title: We Are Visceral, We Are Revolting: Receiving a Circassian Pussy Riot

Abstract: Inside Pussy Riot, a satirical immersive theatrical experience based on the infamous 2012 trial of Pussy Riot, opened at Chelsea’s Saatchi Gallery to mediocre reviews. Among reviewers’ criticisms was a concern about the production’s circassian aesthetic, which was judged to detract from or confuse the show’s political message. IPR’s potentially suspect politics aside, such criticism labors under the assumption that circus and performance art look and function inherently differently, and have distinct artistic and political goals. The case, however, is not so cut and dry, given the interwoven histories of circus and performance art in the 20th century. This paper thus aims to make use of the framework of circus scholarship to engage with Pussy Riot’s various forays into cabaret, burlesque, and circus. It suggests that Pussy Riot’s calculated hooliganism resonates with Peta Tait’s notion of the viscerally received circus body: they aim to extract a visceral response from spectators by foregrounding their own politically coded embodiment and connecting this response to “escalating experiences of social violence” (Tait 2005). While IPR’s posh radicalism may have fallen flat, its interweaving of performance art and circus tropes opens the door for new scholarly exchanges between contemporary circus studies, performance art and political protest.