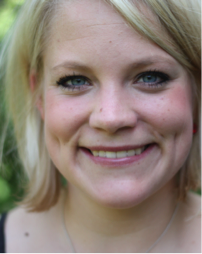 Bio: Franziska Trapp, a PhD candidate in Cultural Poetics at the University of Münster and at the University of Montpellier, focuses on analyzing contemporary circus. As  the founder of the Zirkus | Wissenschaft research project and organizer of international conferences including Semiotics of the Circus (2015) and UpSideDown – Circus and Space (2017), she is at the forefront of circus studies in Germany. During the course of the past several years, Franziska Trapp has worked for various circus productions such as the Festival Mondial du Cirque de Demain and Cirque Bouffon and successfully completed the Certificate en dramaturgie circassienne (CNAC and ESAC).

Title: Contemporary Circus: Is it the Other of Traditional Circus?

Abstract: The field of new and contemporary circus is often viewed as the “Other” of traditional circus. With regard to aesthetics, the former is defined by its narrative nature and focus on “the dramatic personae and the linear story” (Lievens 2017) and the latter by its Babylonian structure, which sketches the elements according to difficulty (Guy 2001). Nevertheless, there is a significant number of arguments that fundamentally shake the common demarcation – and here I am not referring to counterarguments that problematize the use of terms or arguments which proclaim the presence of traditional circus’ heritage in all subsequent performances. Instead, I am referring to propositions that undermine the very basis of our understanding, such as Bouissac’s thesis which states that the structure of traditional circus acts is already fundamentally narrative (Bouissac 2016). Of course, the counterarguments do not overcome the differences between the subgenres, but rather demonstrate the need for a new historiography of circus – one that does not focus on the changing topics of narratives and historical turning points but on differences between subgenres with regard to “the manner of the narrative, its technique” (Shklovsky 1917).