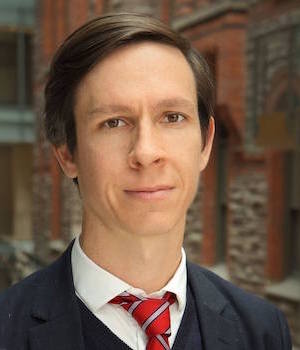 Bio: Joseph Culpepper is a performance scholar, magician and magic consultant. He is an Affiliate Assistant Professor at Concordia University’s department of English. Dr. Culpepper teaches magic history and its adaptation to the circus arts at Montreal’s National Circus School.

Title: Inside the Black Tent: Magic as Other in the Circus Arts

Abstract: From 1889 to roughly 1898, the Barnum and Bailey circus toured with a black tent displaying decapitated heads, half women and other freakish spectacles. This presentation will discuss how stage illusion techniques were used to present so-called able-bodied performers as if they were disfigured, half-human or trapped inside glass bottles. I will compare these illusory sideshow tent bodies to chromolithographic posters advertising self-decapitation, sawing-in-half and other large-scale stage conjuring numbers. The gender politics of such body illusions span a complex range from overt sexism to displays of female empowerment. All of them were sensational displays designed to generate publicity and ticket sales for the shows they accompanied. How might contemporary performances actively engage and respond to the politics of such illusions when adapting them for today’s spectators?

I will also use the symbol of the Black Tent to question magic’s current status as “other” within the circus world. Why is magic not offered as a discipline alongside aerial arts, juggling, acrobatics, the Cyr wheel, and other disciplines in most of the world’s circus schools despite its historical presence in circus productions?