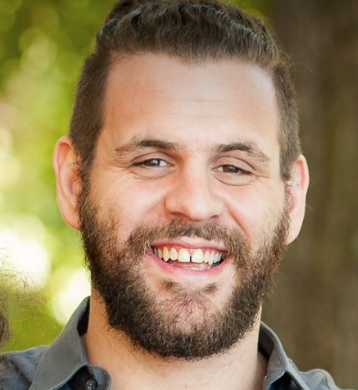 Bio: Ayal Prouser recently completed his Master’s degree in Film and Media studies at Columbia University. His research focuses on the intersection of Circus Studies, Film Studies and Bisexual Studies. He enjoys letting his work as a flying trapeze artist influence his academic studies and letting his studies influence his approach to circus and the creation of new acts.

Title: Under the Bi(g) Top

Abstract: This paper focuses on the potentiality of a “bisexual vantage” in place of the male gaze, or the occasionally theorized bisexual gaze (the difference is more than simple nomenclature and the fact that bisexual gaze is perhaps a misleading homophone). Its presence within a text serves as a catalyst for spectators, enabling them to see the world as bisexuals are theorized to by Elisabeth Daumer: through a lens which deconstructs socially confining and oppressive constructs. Daumer argues that bisexuality should not be understood within the typical structures of sex, gender and sexual orientation, i.e. the gay/straight, man/woman, male/female binaries. Instead, she perceives bisexuality as a vantage point from which to deconstruct these confining binaries. As source texts I will be using circus cinema, and the parallels it draws to contemporary circus, because I believe that the “bisexual vantage” can be identified as ubiquitous across the acrobatic circus arts.

The “bisexual vantage” is contingent upon the identification of a tripartite constellation: an eroticized, shared discourse that manifests through a communal skill or community activity; a text that allows the viewer to align themselves with both men and women simultaneously as the “one you want to be” and the “one you want to be with”; the equal eroticizing of all genders. All three points are contingent upon an understanding of different Foucauldian approaches to gender, biological sex, sexuality and the physical act of sex. Foucault will be corroborated by contemporary queer/bisexual theorists including e.g. Clare Hemmings and Surya Monro.

This paper is a section of my forthcoming Master’s thesis in Film and Media studies at Columbia University.